The idea of dealing with servers is almost invariably cringe-inducing for developers. Sure, I know a few folks (me and my colleagues at devo.ps included) who actually get a kick out of it. But by and large, setting up infrastructure isn't the developer's favorite. There's definitely been a lot of awesome innovation in the past few years that made the whole thing manageable, especially with services like Heroku or TravisCI. But they are no silver bullets. At the end of the day, the whole experience sucks less, but it isn't near being enjoyable.

What exactly am I babbling about?

I've already shared my thoughts about the NoOps/PaaS approach as well as what I see is the problem with more traditional approaches to infrastructure management.

Let me summarize it for you. Technical teams currently have essentially two options when dealing with infrastructure:

How things usually play out

With the first option (NoOps), you can decide to not care (for now) about these problems. But you may have to deal with the consequences of your investment down the line (increasing costs and constraints when you start to scale). The alternative isn't necessarily sexier: lots of work to get things running, a steep learning curve and the ongoing cost of maintenance.

Moreover, the transition between these two polarized ways of doing (which many successful business hit at some point) is often very painful. 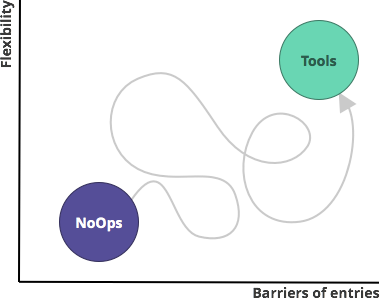 Very scientific view of the market

Our end goal is pretty much aligned with the DevOps movement in that we intend to bridge the gap between the way developers and ops people look at infrastructure: 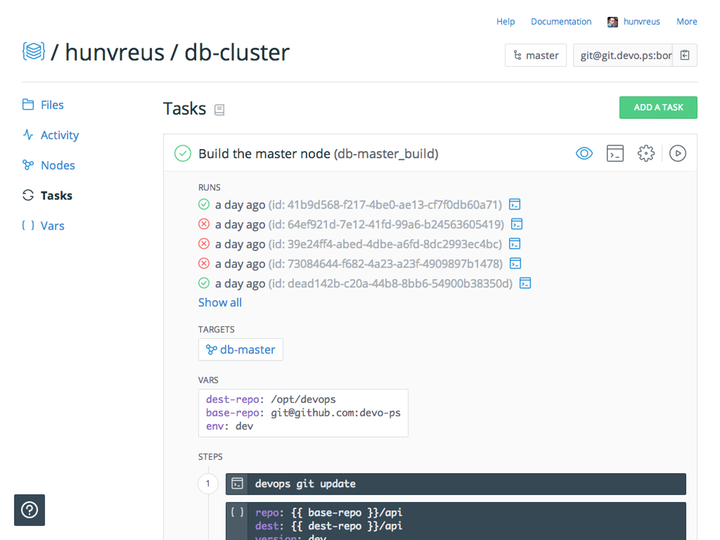 We think we can do that while preserving the interest of your business, keeping costs low while ensuring that you have a solution that will grow with you all the way.

But more importantly, we want to see the approach of true infrastructure as code succeed; we believe that it most likely the stronger force behind the DevOps movement, helping dev and ops folks get along.